Our Six Social Responsibilities define how we at Zoetis make an impact on society while creating value for our business.  This article takes a deeper dive into examples of Zoetis workplace safety programs – one of the many ways we make sure we run our business ethically and responsibly.

What do a spring garden party, an employee point system, and a fishing pond have in common? They are all ways that Zoetis has engaged colleagues in creating a culture of health and safety at our sites around the world.  Zoetis believes that creating a healthy and safe workplace is the responsibility of each and every colleague. Read on to learn more about the safety culture at three Zoetis manufacturing sites around the world.

At the Zoetis manufacturing site in Olot, Spain, the local Environmental Health and Safety (EHS) department hosts a yearly spring garden party. Colleagues from throughout the site socialize over a meal and join in workshops hosted by other divisions. EHS offers a role-playing workshop where colleagues act out different safety scenarios such as what to do in the event of a car accident or how to handle a shipment of leaky boxes. The party not only focuses on safety, but on health too. Yoga, nutrition, and counseling sessions are also available. The party is a great way to engage all colleagues in health and safety awareness at the site.

Another way the EHS department engages everyone in creating a safety culture is through a rotating roster of colleagues who promote environment, health, and safety issues in their divisions. These EHS champions serve as safety leaders. They look out for safety issues, communicate needs for improvement, and report near-miss instances where someone could have been injured but was not. Because this is a rotating position, everyone at the site has the opportunity to take a turn focusing on safety in their division.

Natalia Matas, Manager, Environmental Health and Safety/Security at Olot said that as manufacturing capabilities have increased at the Olot site, EHS makes sure to give their input on new production designs early in the process. “EHS colleagues are involved in the design of every project so that safety is not an afterthought but a primary consideration in every new production at our site.”

From a Point System to a Safety Award

At the Zoetis manufacturing site in Charles City, Iowa, colleague engagement in safety issues has dramatically improved. Jeff Field, Director and Team Leader, Environmental Health and Safety, credits this improvement to several initiatives, beginning with a point system that was integrated into all colleagues’ goals and objectives. Colleagues earned points by completing safety tasks such as identifying unsafe conditions, reporting near-miss instances where potential injuries were avoided, or conducting safety training courses. The point system made safety a part of colleagues’ daily work.  Now it’s no longer needed because safety is embedded in the culture at Charles City. In fact, as the site has undergone a transformation, colleagues have been empowered to prioritize safety when re-designing manufacturing processes for efficiency.

“It was a big deal for us to have all colleagues in Charles City taking ownership of our safety culture,” said Jeff. “We were the most successful when everyone became involved in creating a safe workplace.”

A Pond for Safety and Fishing 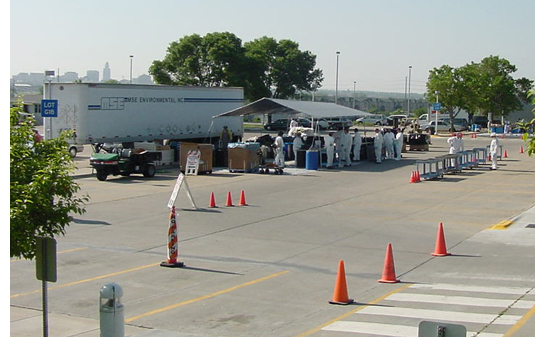 At the Zoetis manufacturing site in Lincoln, Nebraska, colleagues know about working with the Occupational Safety and Health Administration (OSHA) to receive the prestigious Voluntary Protection Program (VPP) Star status. The site was originally given OSHA VPP Star certification in 2010 and was recertified in 2015 because of their exemplary safety work. Zoetis’ Lincoln, Nebraska site has a long history of winning safety awards. They have been named one of the state’s Safest Companies by the National Safety Council in Nebraska for three years in a row, and this year with distinction. They have also received the Nebraska Safety Council PEAK award, the organization’s highest honor for safety and environmental work.

Jack Coogan, Director and Team Leader, Environmental Health and Safety/Engineering at Lincoln, said that site leadership has been important in advancing their safety culture. “Our leadership has made the difference in creating a culture of safety at Lincoln. Once we started working toward OSHA VPP Star, everyone became engaged in our safety work.  Colleagues are actively involved by sending us safety ideas, looking for hazards, and finding improvements.”

The Lincoln site is even discovering ways to involve the community. The site has a pond that was built as a backup water source for fire prevention, an important safety protocol.  Although the pond is rarely, if ever, used to fight fires, Zoetis has invited children from the local schools as well as from the Boys & Girls Club, a group that helps young people, to visit the pond. The children go fishing, often for the first time, and usually catch several fish.

Creating a culture of safety at Zoetis is part of our responsibility to run our business ethically and responsibility. Zoetis has seen important results. As of 2016, Zoetis has significantly better manufacturing employee safety performance than the pharmaceutical industry average and we continue to look for opportunities to improve.

As each story from three of our manufacturing facilities illustrates, our colleagues make the difference in creating a safe workplace. When everyone is engaged, we create a culture that protects the health, safety, and well-being of our colleagues at Zoetis.